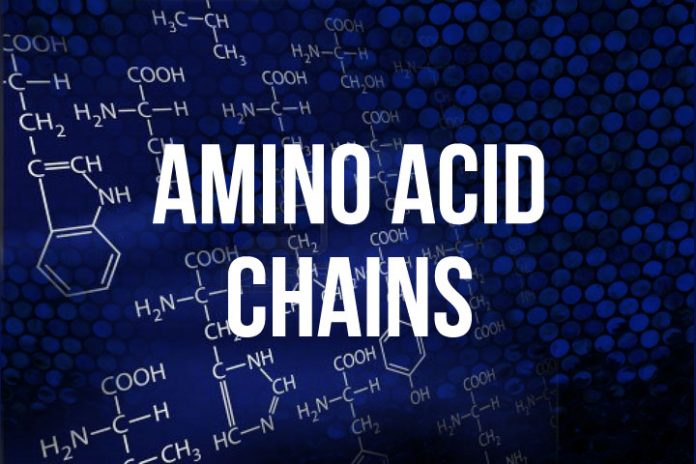 List of 22+ Combination of Amino Acids found in Laminine

Laminine is a special protein from 9-days old and partially incubated hen eggs. The extract is taken using a sophisticated machine. This extract is called Fertilized Avian Egg Extract (FAEE) that contains the Fibroblast Growth Factor or FGF. Combined with other ingredients, it forms a complete and powerful chain of essential and non-essential amino acids.

The role of FGF in Amino Acids

Generally, FGF uses amino acids to repair aging or damaged cells as its top benefit. In addition, certain amino acids such as glycine, L-aspartic acid, L-glutamic acid, L-glutamine, L-histidine and L-arginine by patients with renal failure may increase glomerular filtration rate (GFR), which is not to say it doesn’t help. The combination of amino acids and FGF in Laminine works in nursing back the health of the kidney.

Although FGF by itself is also a kind of signaling protein, it acts like the “architect” and utilizes amino acids to do its job, which is to make healthy cells, in turn, healthy organs and body tissues. The rebuilding of bone tissue cells was also observed in people taking Laminine supplement. (See Avascular necrosis of bones testimony)

The principle is the same when FGF is in an animal or human, as both are animal-based proteins that are utilized by any animal cells. Both FGF and amino acids are important. They are the building blocks of fibrous tissue, including the brain, nervous system, eye, blood vessels, heart, stomach, skin, liver, kidney, muscle, and bone.

The alphabet of Amino Acids

Asparagine – Most abundant amino acids involved in the transport of nitrogen.

Aspartic acid – It plays a paramount role in metabolism during the construction of other amino acids.

Carnitine – A nutrient responsible for the transport of long-chain fatty acids into the energy-producing centers of the cells.

Creatine – It is stored in muscle cells as phosphocreatine and is used to help generate cellular energy for muscle contractions.

Citrulline – It supports the body in optimizing blood flow through its conversion to l-arginine and then nitric oxide (NO).

Cysteine – It helps break down mucus and detoxify harmful substances in the body, increase levels of the antioxidant glutathione.

Gamma-aminobutyric acid (GABA) – It serves as an inhibitory neurotransmitter to block the transmission of an impulse from one cell to another in the central nervous system.

Glutamic acid – A very polar molecule and it is usually found on the outside of proteins and enzymes where it is free to interact with the aqueous intracellular surroundings.

Glutamine – It assists in maintaining the proper acid/alkaline balance in the body, and is the basis of the building blocks for the synthesis of RNA and DNA.

Glutathione – A tripeptide composed of glutamate, cysteine, and glycine that plays a role in such diverse biological processes.

Glycine – The body uses it to help the liver in detoxification of compounds and for helping the synthesis of bile acids.

Histidine – It is needed to help grow and repair body tissues, and to maintain the myelin sheaths that protect nerve cells.

Hydroxyproline – Used almost exclusively in structural proteins including collagen, the connective tissue in mammals, and in plant cell walls.

Leucine – It is necessary for the optimal growth of infants and for the nitrogen balance in adults.

Lysine – It is needed for proper growth and bone development in children. Lysine helps the body absorb and conserve calcium and formation of collagen.

Methionine – It is an important amino acid that helps to initiate translation of messenger RNA. It supplies sulfur and other compounds required by the body for normal metabolism and growth.

Phenylalanine – It plays a key role in the biosynthesis of other amino acids and some neurotransmitters.

Proline – It plays important roles in molecular recognition, particularly in intracellular signaling and a component that uses collagen fragments to stimulate wound healing.

Serine – It is highly concentrated in all cell membranes, aiding in the production of immunoglobulins and antibodies.

L-Theanine – It is involved in the formation of the inhibitory neurotransmitter, GABA which in turn affects serotonin and dopamine.

Threonine – An important component in the formation of protein, collagen, elastin and tooth enamel.

Valine – It is useful in treatments involving muscle, mental, and emotional upsets, and for insomnia and nervousness.