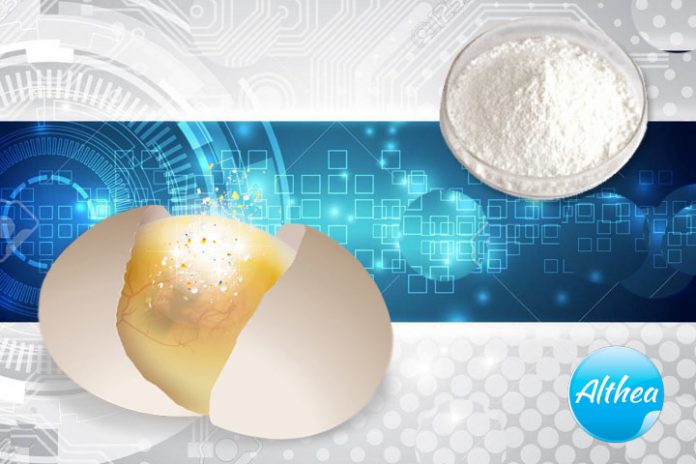 The significance of FGF2 signaling protein

Also known as FAEE, its beginning is can be traced from the father of Young Tissue Extract (YTE), Dr. Bjodne Eskeland. He is a Norwegian egg research scientist who dedicated his life to harnessing the peptides found from a partially incubated and nine days old egg.

Peptides and protein perform repair and maintenance in the body while specialized proteins are the chemical messenger that allows communications between cells. Significantly, most enzymes are also proteins and some are important carriers of nutrients and “food cells.”

Interestingly, the peptides from the Proto Embryonic Stage of the egg (PESE) are full chains of amino acids, making egg the gold standard of nutrition. In addition, the combination with other organic proteins ingredients creates the ideal peptides group essential in regeneration.

The egg extract FAEE contains Fibroblast Growth Factor (FGF). This substance should only be harvested on the ninth day of incubation to maintain its potency. LifePharm uses a proprietary “evaporative cooling method” that preserves this unique peptide. Combined with two other ingredients, Laminine forms the perfect supplement that helps the body attain homeostasis.

FGF is important because it boosts the development of the embryo in leaps. When ingested by humans, FGF works as a signaling protein molecule that tells the body to maintain and repair damaged or aging cells as needed by directing stem cells in the body. These peptides appropriate itself based on what the signaling protein (FGF) is directing it to do.

The bioactive peptides in Laminine stimulate the dormant stem cells to utilize the Phyto amino acids and marine protein to repair damaged aged cells. Bioactive peptides are responsible for building the linings in the blood vessels, creating the infrastructure for the nutrients to flow to critical areas of the brain and organs.

Research credits bioactive peptides with the potential to directly affect many neuro disorders because of clear results of the ability of bioactive peptides to affect the growth of neurites. Neurites are signal senders (Axons) and signal receivers (dendrites) attached to the brain neurons.

It has also shown clearly that new cell cultures show a dramatic increase in peptide and amino acid uptake in the presence of FGF. This result gives credence to the hypothesis that embryonic growth is influenced by a very precise mechanism, which combines unique combinations of amino acids, peptides, and FGF.

You can read here the full Laminine review.

Do you have physical pain, weakness, or stress?