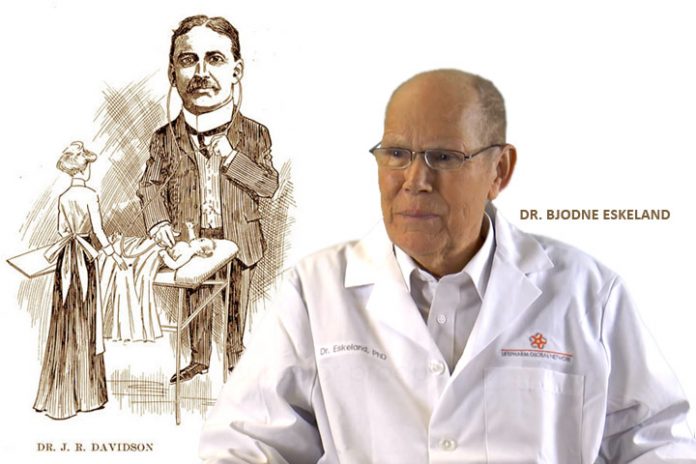 Dr. Davidson was born in Quebec in 1870. He studied at the Johns Hopkins University and practiced medicine in Winnipeg. He believed that the egg contains important nutrients that can help his cancer patients. His research was highly controversial. The treatment for cancer involving a high-vitamin diet even became a subject in the House of Commons debate in 1944.

His procedure was subsequently investigated by a four-man medical commission appointed by the province later in 1944, which discounted its efficacy.

However, MLA Lewis St. George Stubbs took up Davidson’s case in the Manitoba legislature, lambasting the commission for its procedures. They questioned the outcome of the investigation. Unfortunately, Davidson died on April 15, 1948, and his research and development rested for decades.

Dr. Eskeland is a foremost egg researcher from Norway. He too believed that the egg posses the nutrition that the body needs to promote healing and recovery. Considered as the father of Young Tissue Extract or YTE, Eskeland was able to extract the peptides from egg using a better technology than what Davidson had.